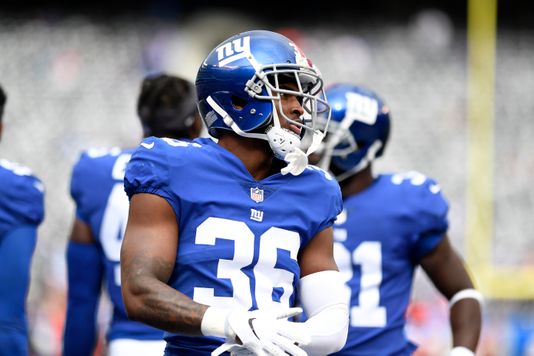 The New York Giants Safety may get additional snaps

The 2018 season has been full of disappointing storylines; however, through pain and failure brings a renewed sense of appreciation and Giants safety Sean “Champ” Chandler appreciates every snap.

While Chandler signed a standard undrafted free agent, three-year, $1.72 million contract (only $35,000 guaranteed), he is poised to make an impact in the 2nd half of the season for the New York Giants.   The first year pro has been grinding this way since he was a kid.

Chandler is from Camden New Jersey.   While you might have heard stories about Camden and how “broken” a city it is, there is no exaggeration in the description.  Sean Chandler made it out were many young men he grew up with went to jail or died.  Despite the lack of food, money and living in homeless shelters Chandler was named the Philadelphia Inquirer Defensive Player of the Year in 2013.

Chandler’s dedication for doing all the right things paid off with a scholarship to Temple University.   And when Temple utilized Camden High’s practice fields due to renovations on their stadium, Chandler was there in the stands when the sun came up, watching his future team at spring practice at 6am before school.

He had great success as a Temple Owl earning an “All-American” Athletic Conference selection three times. His 10 career interceptions rank seventh all-time as he moved from cornerback to safety.  As a senior, Chandler ranked second-best among draft-eligible safeties in tackling efficiency and was invited to the NFL combine.  Temple football also has a very unique tradition.  The toughest players on the rosters would be awarded a single-digit uniform number.  Chandler wore #3 all four years.

Despite not being drafted the Giants brought him into camp and they never looked back.  Chandler is not big standing 5’10 and 205 pounds but has already earned his reputation as a great special teamer.  He could be given additional snaps next to Landon Collins.

Despite the odds, Chandler has made the most of his opportunities and currently, the rookie from New Jersey might be able to deliver a much-needed spark.